The text is also freely downloadable on the internet. What is at stake is not, therefore, the availability of the text, but the political symbolism of printing a new German edition.


Commentators have been divided in their response. The Central Committee of Jews in Germany welcomed the edition as a pedagogic tool, while the World Jewish Congress and other commentators registered concerns. Two large-scale volumes, bound in elegant grey linen, nearly 1, pages and over 3, footnotes, do indeed make for a peculiar product.

The new edition looks and feels like that of a canonical text of western civilisation. To frame this debate in terms of the prevention of hate speech is misleading.

If we are looking for utterances that may inspire or serve the purposes of Neo-Nazis today, we will find them much more readily elsewhere. Mein Kampf is something altogether different. It is a long-winded, highly personal, idiosyncratic text. It only reveals a very partial picture of Nazi ideology and even less about what made the Nazi regime unique.

What is distinctive about Mein Kampf is, rather, its personal tone, suggesting that it holds the key to Hitler the man.

It is this quality that gives it its symbolic power and which still causes so much concern today. Hitler was unique in writing a major personal and ideological memoir before he came to power and then continuing to issue that same work throughout the lifespan of the Third Reich, with only minimal changes. As Hitler is now regarded as the very epitome of evil, his authorship suggests that Mein Kampf must also be the most evil book in the world.

But in spite of its autobiographical features, Mein Kampf is surprisingly unoriginal. Whole passages are plagiarised or adapted from earlier thinkers.

The Munich edition makes this very clear. We learn about the vast array of sources Hitler drew on. Not all of them were fellow Nazis, or even proto-Nazis. Hitler drew on mainstream conservative, occasionally liberal and, at times, even socialist works.

Hitler incorporated such references into his personal voice. During the nineteenth and twentieth centuries, the global Mennonite church developed an uneasy relationship with Germany. While some church leaders modified German identity along Mennonite lines, others appropriated nationalism wholesale, advocating a specifically Mennonite version of nationhood. Examining sources from Poland to Paraguay, Goossen shows how patriotic loyalties rose and fell with religious affiliation.

Individuals might claim to be German at one moment but Mennonite the next.

On both accounts it merits a wide readership. Steinhoff, Journal of Ecclesiastical History. It skilfully combines transnational, social and cultural approaches to produce a work which unites the revival of historiographical interest in the place of religion in the modern world with the analytical possibilities opened up by global history. Chosen Nation is a wonderful resource in the study of how a religious community can struggle to maintain its principles in the face of political and other social pressures.

It has the potential to rekindle old conversations about the crises and fatigues of identity in religious communities, given that history is a major source of insight and direction for those communities, and for this reason—in addition to its historical research—it is an impressive and illuminating work.

Learn About the Holocaust

His voice joins the calls by other historians. One hopes that churches can continue the same difficult scholarship and reflection. He asks relevant and sophisticated questions that challenge depictions of Mennonite global connections as having been forged under benign circumstances. 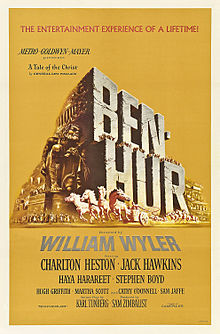 This book is a significant scholarly contribution that will inspire debates for many years to come. Friesen, Slavic Review. Goossen reminds readers that the ideologies of collectives are constantly in flux and subject to competing interpretations. Goossen tells the story of how Mennonites came to think of themselves as a German diasporic community in concert with the construction of the German nation.